On Sunday, Nov. 17, the Holocaust Memorial Museum hosted its annual Patches: Others Deemed Dangerous or Inferior program at Temple Chai.  This event highlights other groups victimized by the Nazis during the Holocaust in order to broaden public understanding, and this year the Romani experience was featured.

Linguist and Romani expert Dr. Ian Hancock was the featured speaker and spoke about the history of the Romani people leading up to the Holocaust.  Dr. Hancock emphasized that the Romani were a “population targeted for extermination, but had never started wars, never asked for territory, and in general wanted to be left alone.”  He discussed his attempts to remove the “other” label from the Romani when talking about the Holocaust as only two ethnic groups of people, Jews and Romani, were specifically selected for extermination. In total, Dr. Hancock believes that the number of Romani lost during the Holocaust is much higher than the 500,000 that is often cited. With nearly 70% of the Roma European population murdered, he puts the number closer to 1.5 million people.  In his closing statement, Dr. Hancock emphasized that societies must be on guard, as genocide is not a thing of the past, there have been genocides after the Holocaust, and there will be genocides in the future if we are not careful.  To end the event, the film A People Uncounted was screened.  The film presents the history of the Romani people, and how they have been affected by ethnic intolerance, racism, and genocide. 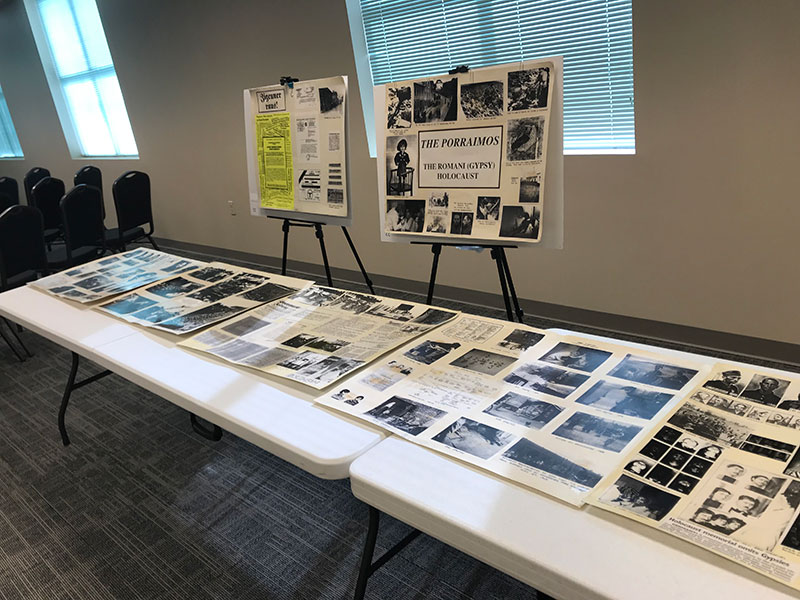 Over 40 guests came out to hear Dr. Hancock’s lecture and view the film. The next HMMSA event is the HMMSA Reads book club which will meet on December 5th starting at 5:30 PM. The group will be discussing Sala’s Gift by Ann Kirschner in preparation for the Letters to Sala exhibit which will be featured at the San Antonio Public Library as part of the annual Learn & Remember program in January.

To learn more about the Holocaust Memorial Museum of San Antonio, a program of the Jewish Federation, please contact info@hmmsa.org or visit www.hmmsa.org.

Celebrating Ronit Sherwin, CEO, and Her Six Years of Leadership

LIFE & LEGACY Spotlight: Leslie Hyman on “Why I Give”