What, throughout the 19th century, was called “the Jewish question” might be translated as: Why don’t these undesirable aliens leave? Millions did, and lethal means disposed of millions more. But, for those who were able to flee, where could they go?

Before the ancient Biblical homeland became a modern Jewish state, several alternatives were considered as a haven for Jewish refugees. One was British Uganda, 5,000 square miles of which Colonial Secretary Joseph Chamberlain offered to the World Zionist Organization in 1903. After a delegation inspected the site and returned with reports of ferocious lions and hostile humans, the offer was declined.

In 1940, another aborted scheme found the German government planning to relocate European Jews to French-controlled Madagascar. However, Germany’s setbacks in the war led to the substitution of more efficient ways to answer the Jewish question.

A proposal by Harold Ickes, Secretary of the Interior under Franklin Roosevelt, to move endangered European Jews to Sitka, Alaska was never approved, though it became the premise for Michael Chabon’s inventive 2007 novel The Yiddish Policemen’s Union.

Birobidzhan, whose official language is Yiddish, has in fact been the capital of the Jewish Autonomous Oblast since 1934. However, Soviet anti-Semitism and the harsh climate in remote Siberia discouraged Jewish settlement.

The colony of Ararat, named for the mountain on which Noah’s ark came to rest, is a different story. Its impresario was another Noah – Mordecai Manuel Noah – who was born in Philadelphia in 1785. Sephardic descent might have been an asset in his appointment as consul to the Kingdom of Tunis, but Secretary of State James Monroe cited religion as the reason for recalling him. Convinced that Jews needed a land of their own and that he was destined to lead them to safety, Noah bought up, sight unseen, acreage on Grand Island, near Buffalo. He set about, without much success, exhorting fellow Jews to move there and live beside the Iroquois, who were, he believed, a lost tribe of Israel.

A flamboyant lawyer, playwright, and editor, Noah cut a grandiose figure in Ararat’s dedication ceremony in 1825. It took place entirely in Buffalo, miles away from Ararat itself, and the would-be Jewish leader – more Moses than Noah – never set foot in his ersatz Promised Land. In later years, Noah, an early Zionist, advocated Jewish return to Palestine, which he never saw either.

Not every Jew opposed the Uganda Plan. Israel Zangwill, a British author, broke with his friend Theodor Herzl over the desirability of a Jewish state in Palestine, and co-founded the Jewish Territorial Organization, which scoured the world, in vain, for an alternative. However, in 1899, Zangwill published a short story, “Noah’s Ark,” that mocks Mordecai Manuel Noah as a vainglorious fool. Peloni (Hebrew for whatsisname), the story’s protagonist, is an idealistic schlemiel lured by Noah’s magnificent vision to leave Frankfurt and make his way to Grand Island. The first – and only – citizen of Noah’s Jewish state, Peloni spends a year alone in the wilderness and despairs.

Bob Dylan was never more Jewish than when he asked: How does it feel, how does it feel? To be without a home Like a complete unknown, like a rolling stone.

Steven G. Kellman is a professor of comparative literature at the University of Texas at San Antonio.

At Issue: The Invention of Genocide 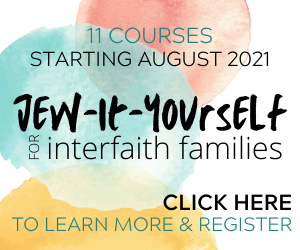