On Sunday, October 23rd, the Holocaust Memorial Museum of San Antonio hosted its annual program, PATCHES: Others Deemed Dangerous or Inferior. This program strives to highlight groups, outside the Jewish people, who were victimized by the Nazis. This year the program featured the White Rose and other resistance groups during the Holocaust.

The White Rose opposition movement was a group of university students in Munich who dared to stand against the Nazis in the early 1940s. They wrote and distributed anti-Nazi leaflets that urged the German people to recognize the oppressiveness of Hitler’s regime. These brave students paid the ultimate price for speaking out against tyranny and were executed in 1943. 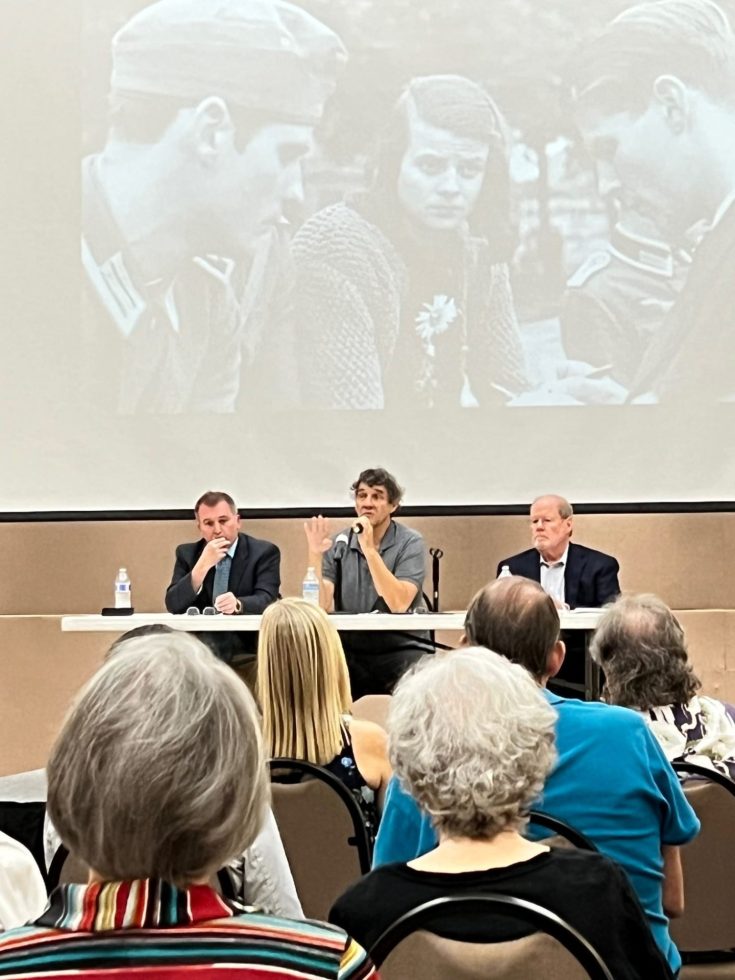 Research Historian, Dr. Jason Dawsey of the National WWII Museum in New Orleans, delivered an insightful keynote presentation on the White Rose, its philosophy, and its legacy. A panel discussion followed with Dr. Jason Dawsey and Dr. Alberto Giordano, Professor of Geography at Texas State University, who brought expertise in Italian resistance. Dr. Roger Barnes, Professor Emeritus of Sociology at the University of the Incarnate Word and Museum docent moderated the compelling discussion.

Learn about upcoming programs at hmmsa.org.

JCC and HMMSA Plan Year of Collaboration in Arts & Culture