It is a strange thing to read that Gd “called out”. We would assume that Gd would never need to raise Gd’s voice to draw anyone’s attention, especially not Moses. In fact, it was only a few short verses ago when Gd “speaks to Moses, face to face” (Exodus 33:1), so why now in Leviticus 1:1 is Gd “calling out”?

While we reflect on this thought, let us also consider that this entire phrase “and [Gd] called out” is scribed in the Torah in a noticeably unusual way. The final aleph in the word is purposely scribed smaller than the other first four letters.

Even today, the phrase to be “called out” needs context to truly understand if it is being used in a positive or negative manner. Is someone being “called out” because of a poor decision recently made, or is a person being called out in recognition of a deserved accolade for a job well done? 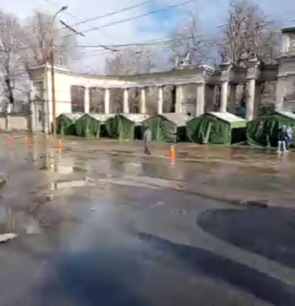 Because of the incredible and ongoing generosity of this community, I had the opportunity this week to connect with emergency personnel stationed on the ground in Moldova, a small country bordering Ukraine to the southeast, to discuss getting them the emergency supplies they need right now. This team of volunteers in Kishinev, Moldova’s capital, only a short drive from the Ukrainian city of Odessa, have been overwhelmed with Ukrainian refugees seeking safety, shelter, and basic human needs. The humanitarian crisis is indescribable.

It was during one of the calls, while our contact, Dovy, was panning his cell phone showing the courtyard full of people being treated for exhaustion, hunger, potential hypothermia, and more, and how they were in temporary overflow housing because of full hotels, packed guest rooms, and all other available indoor respites full to capacity, that he called out, “We need more.” Yet, simultaneously called out “thank you!”

In one breath and in one scene it was clear that without the support they’ve received to date, these volunteers on the ground taking care of this humanitarian crisis could not be doing what they’re doing, and yet in the same scene and with the same breath they were highlighting the endless help still needed. 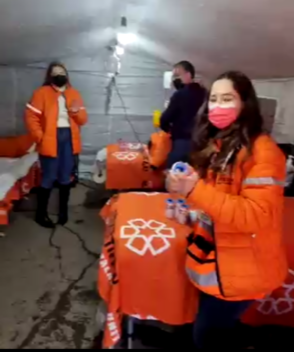 I have contemplated and considered the small aleph from this week’s Torah portion for many years, but I have not been called upon in this manner ever before. “Thank you for what you have and are doing”, was the clear message, but “we need more” was equally clear.

Next week we will be gathering to celebrate the holiday of Purim. Our children will dress up in masks and celebrate the reversal of a genocidal edict that was intended to annihilate the Jewish people yet instead led us to victory and festive joy. Let us pray that the world is able to quickly reverse the evils taking place in Ukraine today and that it will only be a short time to bring back a desperately needed sense of normalcy to the world. Please consider doing your part to help relieve the needs of those suffering right now by donating here, because we are…