Throughout my almost three decades as a Jewish educator, I have learned that there is one irrefutable truth; pre-teens assigned Bar and Bat Mitzvah Torah portions from the Book of Leviticus feel like this is the straw that will break their camel’s back. The burden of studying a foreign language, chanting calligraphic text from a sacred scroll, all under the watchful eye of the community is already stress-inducing. Not to mention, this is occurring during a time when their voices are breaking, hormones are coursing uncontrollably through their changing bodies, and their brains are distracted with unlimited sights and sounds vying for their attention. These factors alone are enough to weigh down a mature adult, much less a disordered, anxious, and self-conscious middle school student. However, for many, the final straw lands when they must write a speech that attempts to reflect upon, and draw out a meaningful lesson from, the weekly parashah. Over the years I have seen my fair share of tears shed by the overwhelmed youngsters when they begin to read some of these unforgiving texts.

“Seriously?” is usually the first response. “What the…!” is often a second; and a slightly less pubescent response is often, “What does leprosy have to do with me or the world I know?” This, in fairness, is a legitimate question for a 21st Century teen living in a world where leprosy is not only incredibly rare but is also easily treatable and does not carry the public consequence of becoming socially outcast.

Today many rabbis and biblical scholars interpret the text as symbolic of a spiritual ailment, while others explain it as a metaphor for any easily transmittable disease and how we should behave and treat one another in response. However, this week, while at a virtual professional development conference, presented by the Jewish Federations of North America (JFNA) for Federation employees across the continent, I had the opportunity to hear Rabbi Amichai Lau-Lavie share a wonderfully inciteful interpretation.

Rabbi Amichai reminded the audience of Moses’ first interaction with Gd and his experience at the burning bush (Exodus 4:6-7). It was here that Gd gave Moses a leprous hand followed by immediate healing. This brief example of Gd’s omnipotence is traditionally interpreted as a sign to convince Moses that it truly was Gd speaking to him through the bush. However, Rabbi Amichai presented an alternative perspective on empathy as a powerful and necessary trait for leadership. Giving Moses the leprous hand, if even for a brief instance, provided him with enough personal insight to understand the lessons to be gleaned in this week’s parshah.

But where does that leave the teenager who has not experienced that personal moment with Gd? Or even the adult who has lived a good life of means, with struggles that would be seen as blessings by others less fortunate? How can they experience that “leprous moment” that will provide them the empathy to be there for those in need, or to help provide for those with fewer means?

This week the Jewish Federation of San Antonio Community Crisis Campaign Allocations Committee met for a 7th round of allocations, culminating in the distribution of $523,637 for crisis-related emergency needs requested by our local Jewish agencies and synagogues. 45 unique allocations were distributed to 6 Jewish agencies, 6 synagogues and temples, and 2 regional Jewish camps. The allocations spanned an entire year of critical support from April 6, 2020, through April 14, 2021.

These funds, of over half a million dollars, would not have been possible to distribute if not for the generosity [and empathy] of our community. In particular, we are incredibly grateful to the Blend Family for providing an exceedingly generous $150,000 challenge grant to the campaign, which in turn, generated gifts from numerous donors who made contributions above and beyond their Annual Campaign pledges.

So how does the inexperienced teen and unknowing adult learn this essential lesson? They learn by example. We role model our tradition’s centuries-old values of tzedakah, compassion, and empathy, and as a direct result of these behaviors the Jewish Federation is… 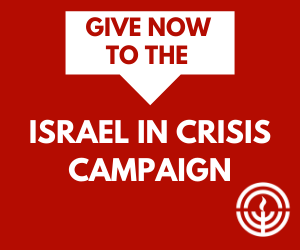 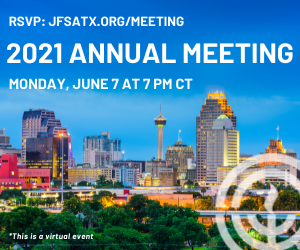 Lessons from My Saba